Sweetheart Abbey, technically called Abbey of Dulce Cor, was a Cistercian Abbey founded in 1273 by Dervoguilla of Galloway in memory of her husband, John de Balliol, who was buried there. She also had his heart embalmed and kept it in a casket that she took with her to the grave when she was buried with him. Hence the name 'Sweetheart'. The Abbey is located near Dumfries, is owned by Historic Scotland and is open at all reasonable times. It is now a ruin and its precinct walls survive. 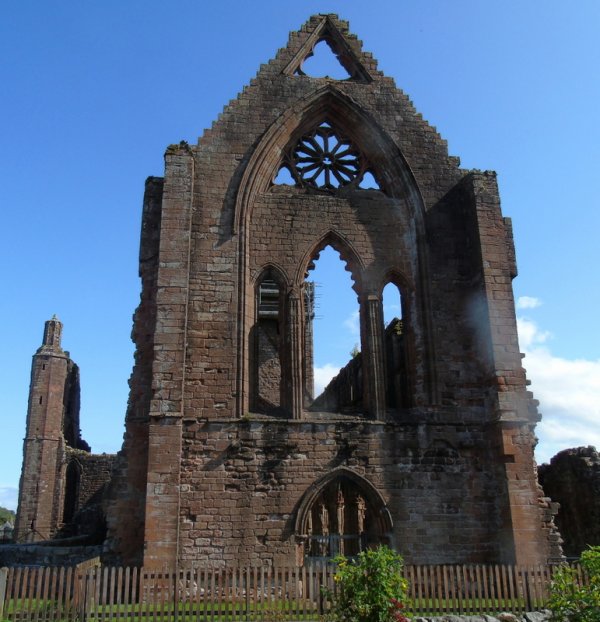 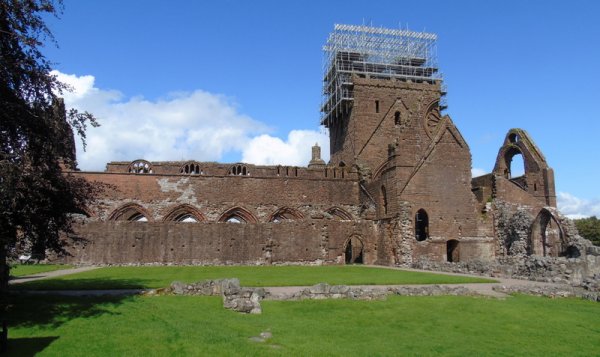 The Abbey from the South across the Cloisters. 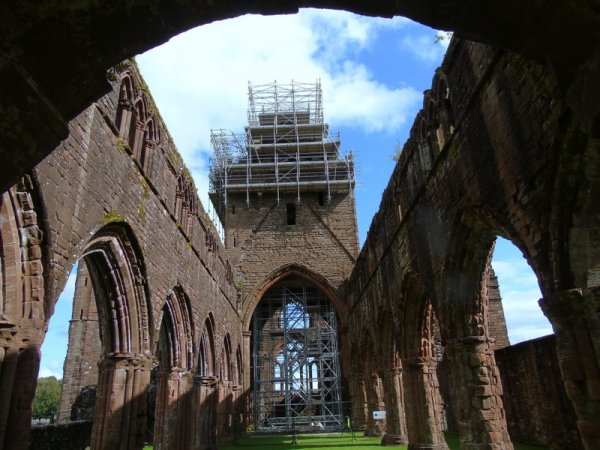 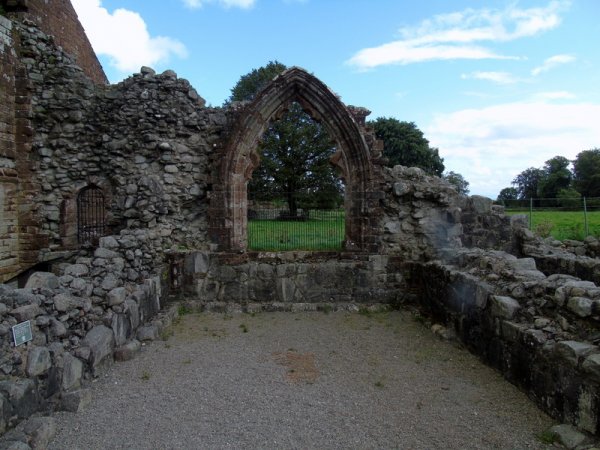