Publications that are currently available include:

The Clifford Household during the Wars of the Roses 1450-1487

This 96 page book with ten colour illustrations chronicles the history of the turbulent Clifford family during the Wars of the Roses. The Cliffords were Lords of Craven and Westmorland in Northern England during that time and three successive generations fought for the House of Lancaster, Henry VI and Henry VII. Lord Thomas Clifford was killed at the Battle of St. Albans in 1455. Lord John Clifford - named “the Butcher” - swore revenge and killed the Duke of York, Earl of Rutland and Earl of Salisbury before himself being killed in an ambush at Dintingdale in Yorkshire in 1461 and being attainted as a traitor by the new King Edward IV. His son, Lord Henry Clifford, was named the Shepherd Lord because of the time he spent as a fugitive disguised as a shepherd before he inherited his estates at the accession of Henry VII in 1485.

This nineteen page book describes the development, types and use of the medieval European sword.

This eighteen page book describes the types of pole weapons, pole weapons in battle and those who used them - the billmen.

To order any of these books, please download an order form (below) and send it with a cheque made payable to “AWICS Limited” to AWICS Limited, PO Box 17, Appleby in Westmorland, Cumbria. CA16 6YL.

Publications can also be bought over the counter at selected outlets 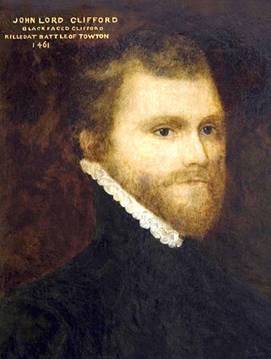