The Ruthwell Cross is an Anglo-Saxon stone cross dating from the eighth century when Dumfries and Galloway was part of the English Kingdom of Northumbria. Its carvings include biblical scenes; depictions of humans, animals and plants; and writing in Latin and the runes. It is located in the Church at Ruthwell in Scotland near Dumfries and is open to the public at reasonable times.

The North Face of the Cross.

The South Face of the Cross 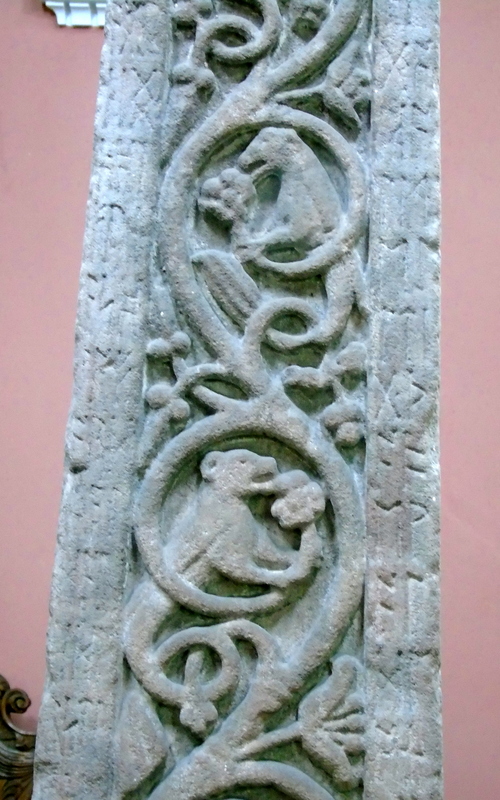 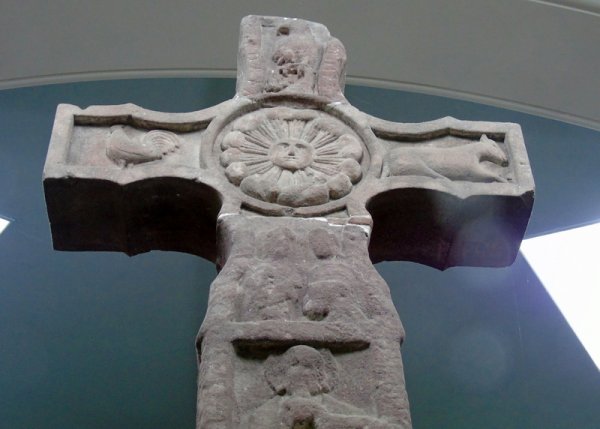 The Sun on the North Face of the Cross 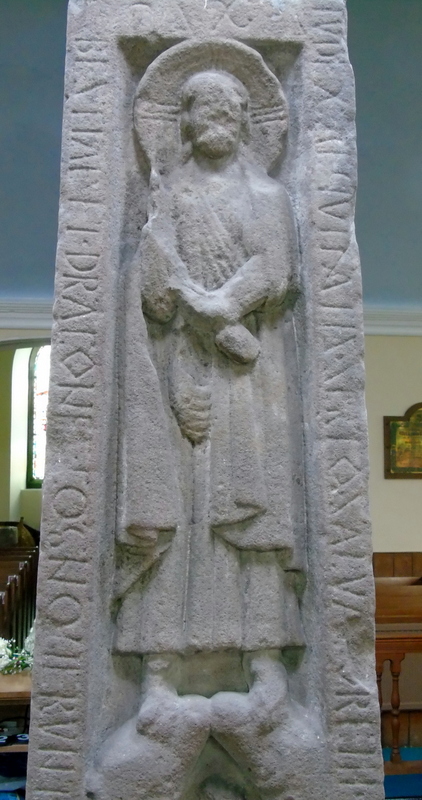 Christ on the North Face of the Cross 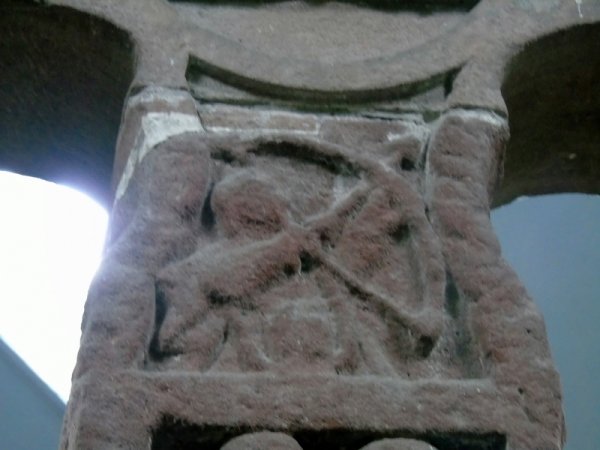