A monastery was founded at Peterborough in the seventh century, but the present building dates from the twelfth century and was consecrated in the thirteenth. Today the church survives but most of the monastic buildings are in ruins. 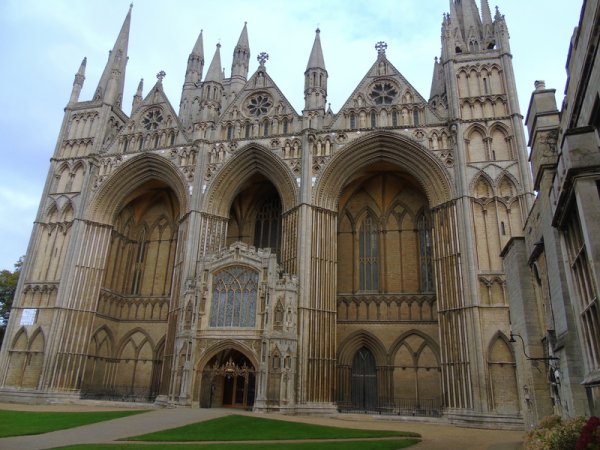 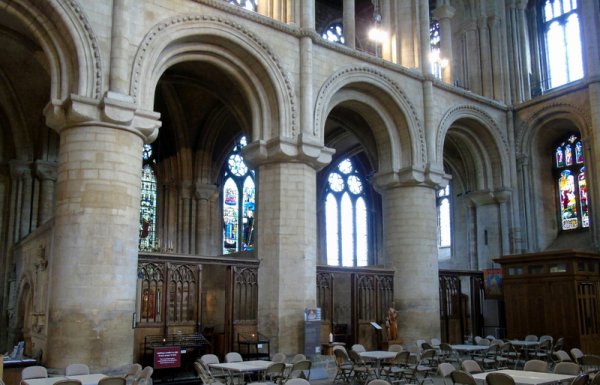 Norman arches in the North Transept. 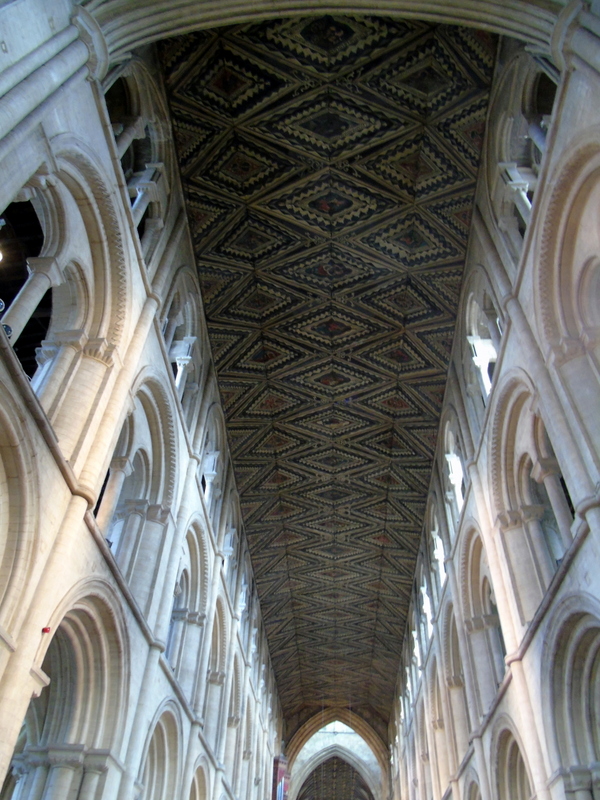 The Nave with its original twelfth century ceiling. 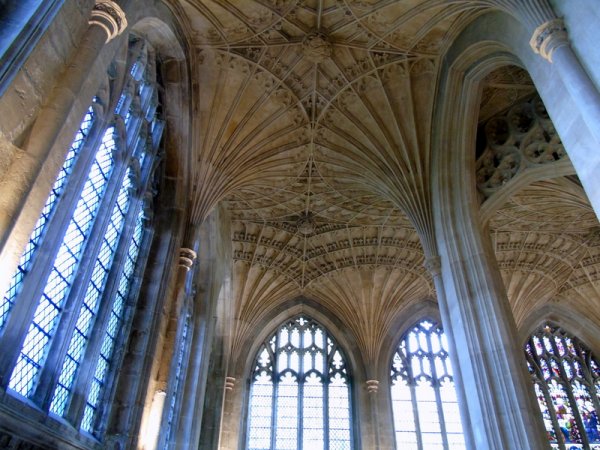 The ninth century 'Hedda Stone' - a survival from the Anglo-Saxon monastery. 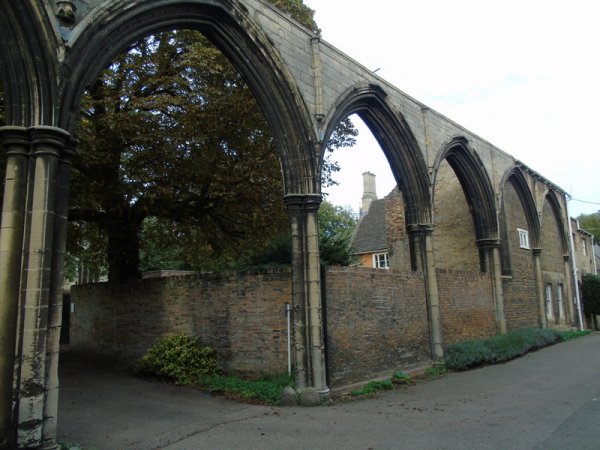 Remains of the monastic buildings to the south of the church,