Holme Cultram Abbey was founded by the Cistercians of Melrose in 1150 and become one of the most important abbeys in Cumbria. It was raided during the Border Wars. After it was dissolved in 1538, the Nave continued to be used as the Parish Church for Abbeytown. The remains of the rest of the abbey lie beneath the surrounding fields. Some interesting medieval scultpture survives. Today the abbey is open to the public at reasonable times. 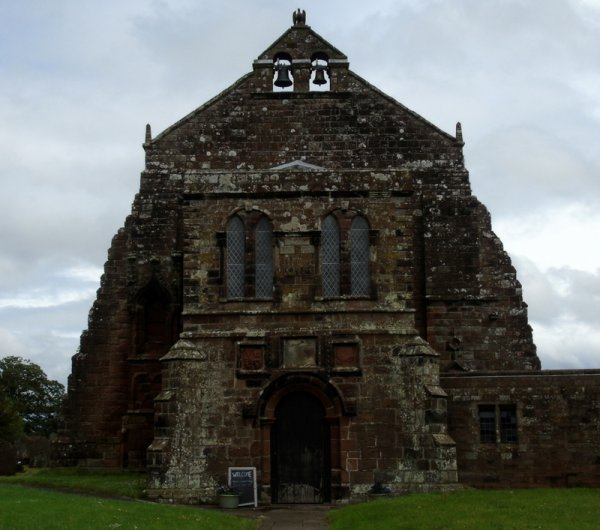 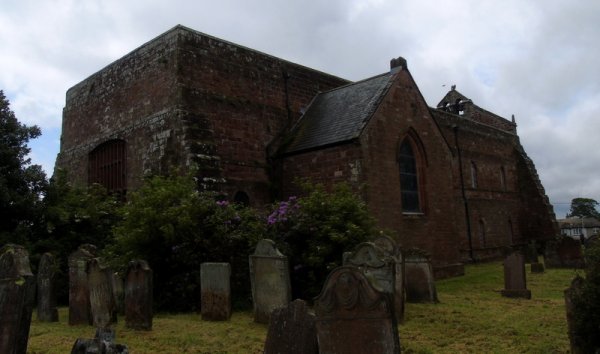 The Abbey from the Northeast 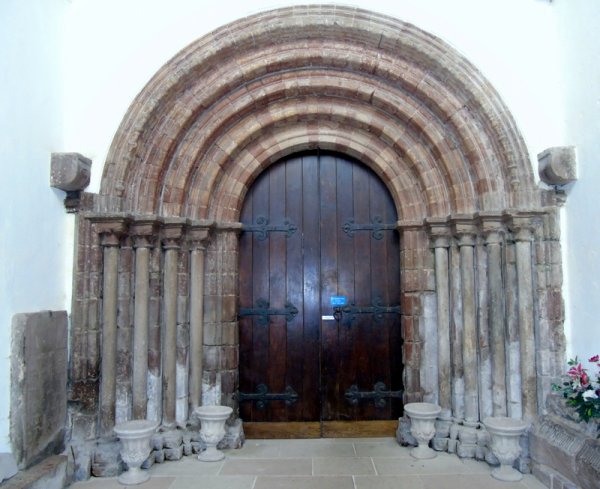 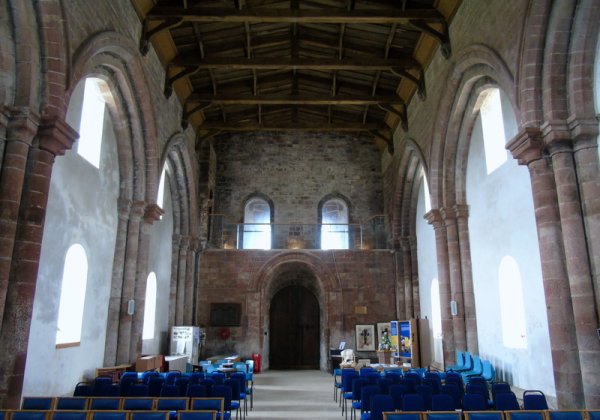 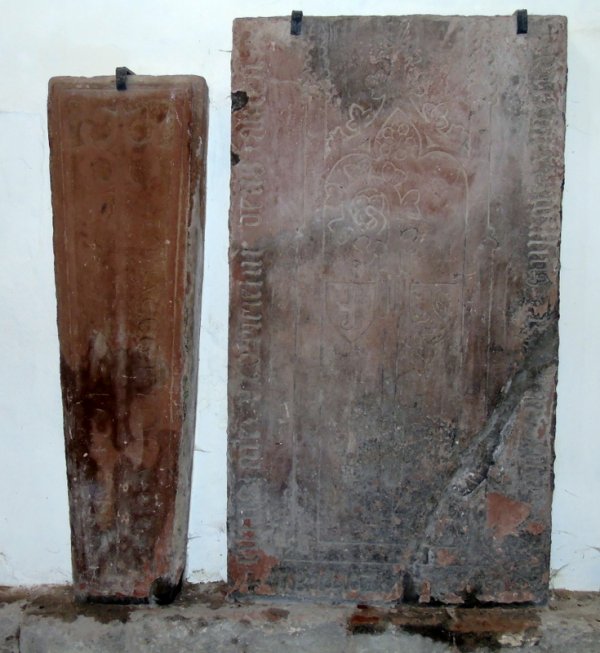 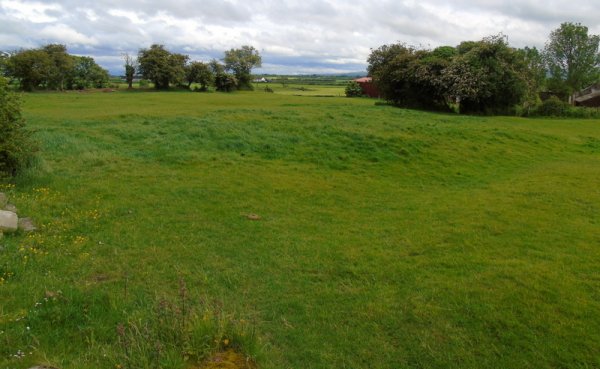 The fields beneath which lie the remains of the Abbey